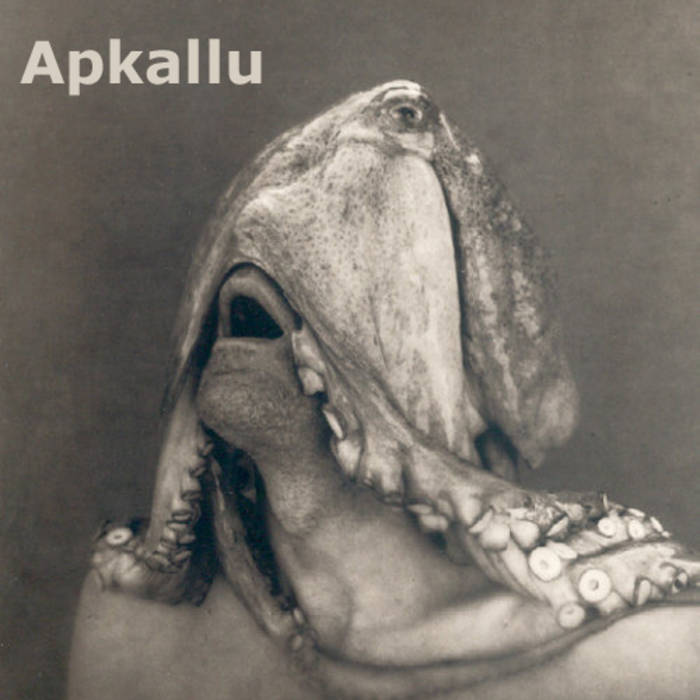 The Apkallu (Akkadian) or Abgal (Sumerian), are seven Sumerian demigods said to have been created by the god Enki (Akkadian: Ea) to give civilization to mankind. They served as priests of Enki and as advisors or sages to the earliest "kings" or rulers of Sumeria before the flood. They are credited with giving mankind the Me (moral code), the crafts, and the arts. They were seen as fish-like men who emerged from the sweet water Apsu. They are commonly represented as having the lower torso of a fish, or dressed as a fish. They have also been depicted with wings, having either a human head or an eagle's head.

All pieces are improvisations over a secret Prictic chord progression

Recorded, Mixed and Mastered by El Pricto on 6/4/2011 at Discordian Records, Barcelona